This project has been rescheduled for the 2021 construction season as a reconstruction project that will include improvements to the roadway and underground utilities.

Details about this update are available at https://www.westfargond.gov/CivicAlerts.aspx?AID=1186. 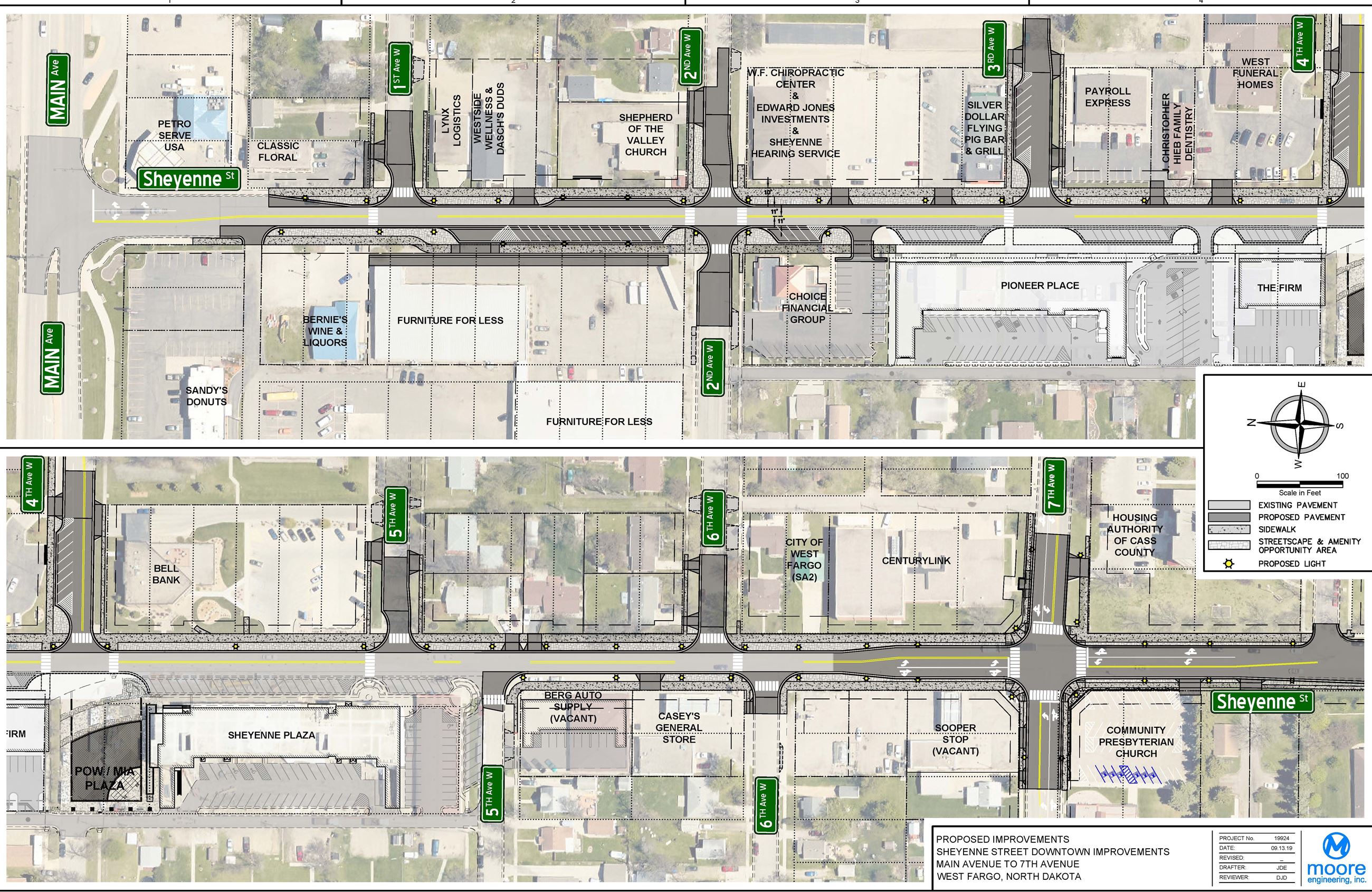 The project is being funded with a $2.3 million grant from the North Dakota Department of Transportation’s (NDDOT) Urban Grant Program. The program focuses on transportation improvements that directly support a community’s urban core and central business district. The City of West Fargo was one of six communities chosen by an advisory committee comprised of NDDOT, Department of Commerce, Bank of North Dakota, League of Cities and Metropolitan Planning Organization representatives.

The revitalization of downtown West Fargo began in 2016 when the City of West Fargo began collaborating with developers to build a number of multi-use buildings and a city-owned plaza. These spaces bring residents and businesses together and provide a focal gathering space in the heart of downtown. In 2018, Sheyenne Plaza, the first mixed-use building, and the POW/MIA Plaza opened. Downtown West Fargo also joined Governor Doug Burgum’s Main Street Initiative in 2018 and was declared a Main Street Community. Construction is currently underway on Pioneer Place, a second mixed use building to the north of Sheyenne Plaza expected to open in summer 2019. Three additional mixed use buildings are planned for downtown.

The purpose of this proposed project is to improve safety and functionality of the intersection at Sheyenne Street and Seventh Avenue W., as well as creating a "gateway to downtown West Fargo." This gateway will calm traffic, increasing safety for both pedestrians and vehicles while providing an aesthetic feature entering the downtown area. The project was identified due to continued crash susceptibility, along with long and unsafe pedestrian crosswalks.

Additionally, mixed use developments continue to occur along the corridor, and this project will help address the social demands and better accommodate economic development in this area.

Additional information related to this corridor is in the approved Downtown Sheyenne Street Corridor Study. 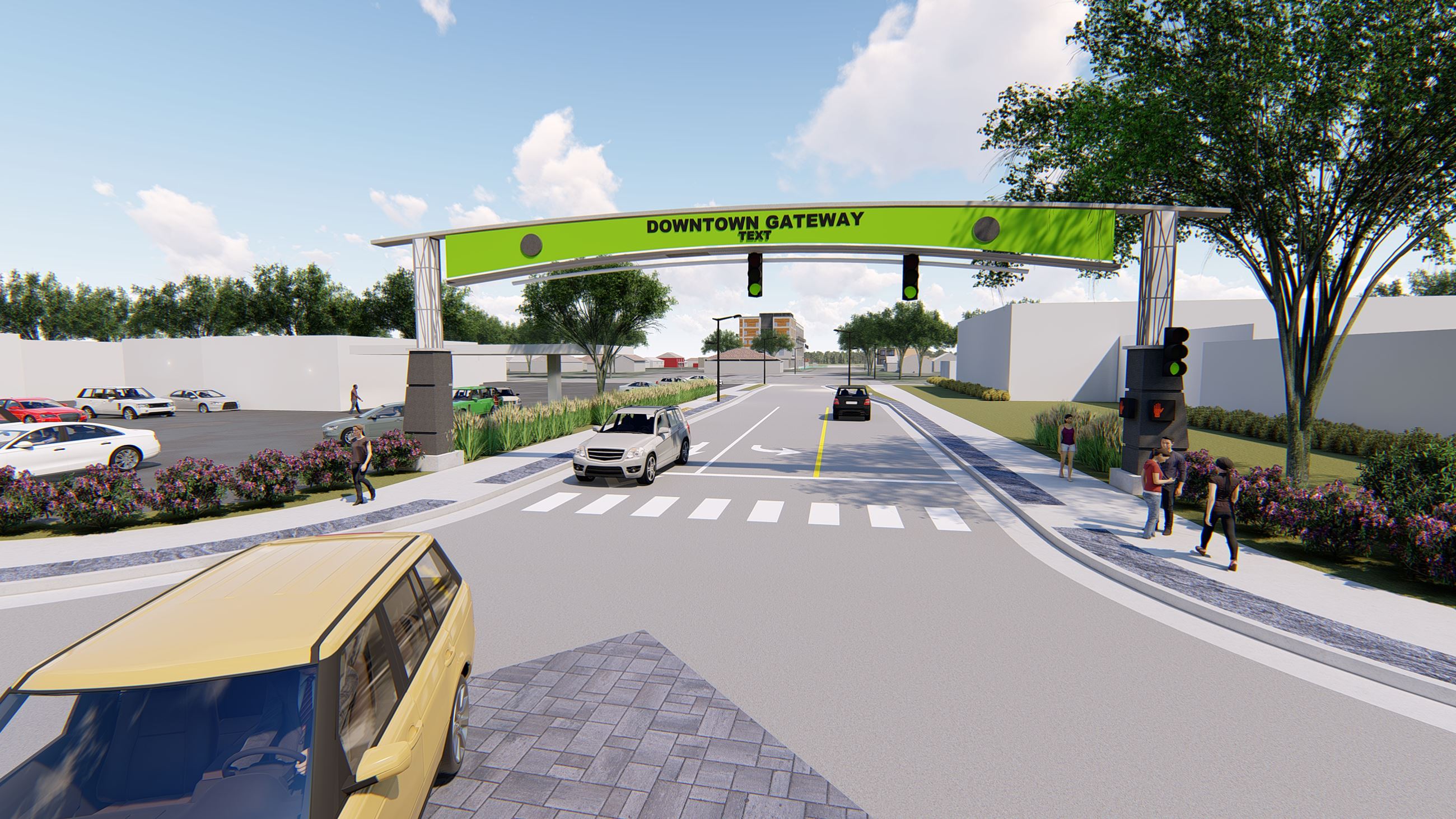